The « Reboot cmNOG » : Step by Step and Way Forward titles a presentation of slides that aims to show the actual state of an organization which has begun its life since 2011…

It clearly appeared necessary to share the vision which has guided the founders.

Since The cmNOG is in a restructuring process, it’s important to bring together all stakeholders from network engineering in the Cameroonian Internet ecosystem.

Hoping these informations could help you to know the cmNOG like the founders and get involved in the purpuse of driving the next changes.

Any individual voice count equally, so come [1] peers your mind and thoughts to rebuild the cmNOG as a more sustainable NOG we can imagine.

The « Reboot cmNOG » : Before, During and After from Sylvain BAYA ABOKA

Sylvain presenting the « Reboot cmNOG » project during a session reserved for the cmNOG, on 04th April 2017, at the CAMIX Training. 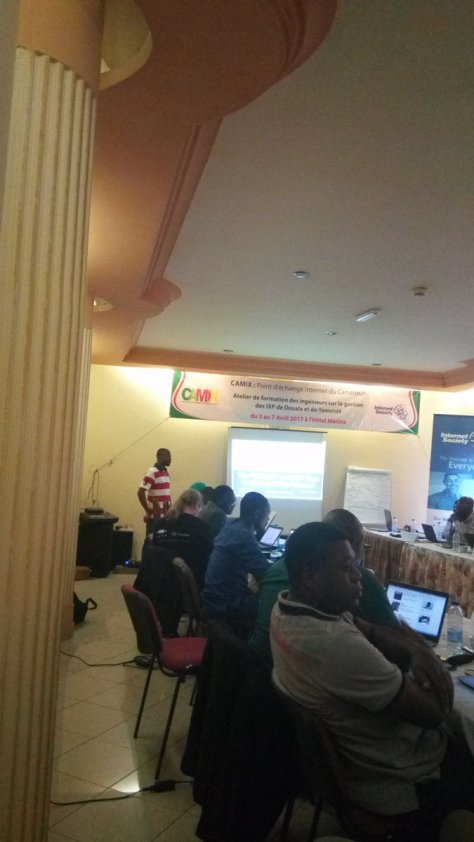